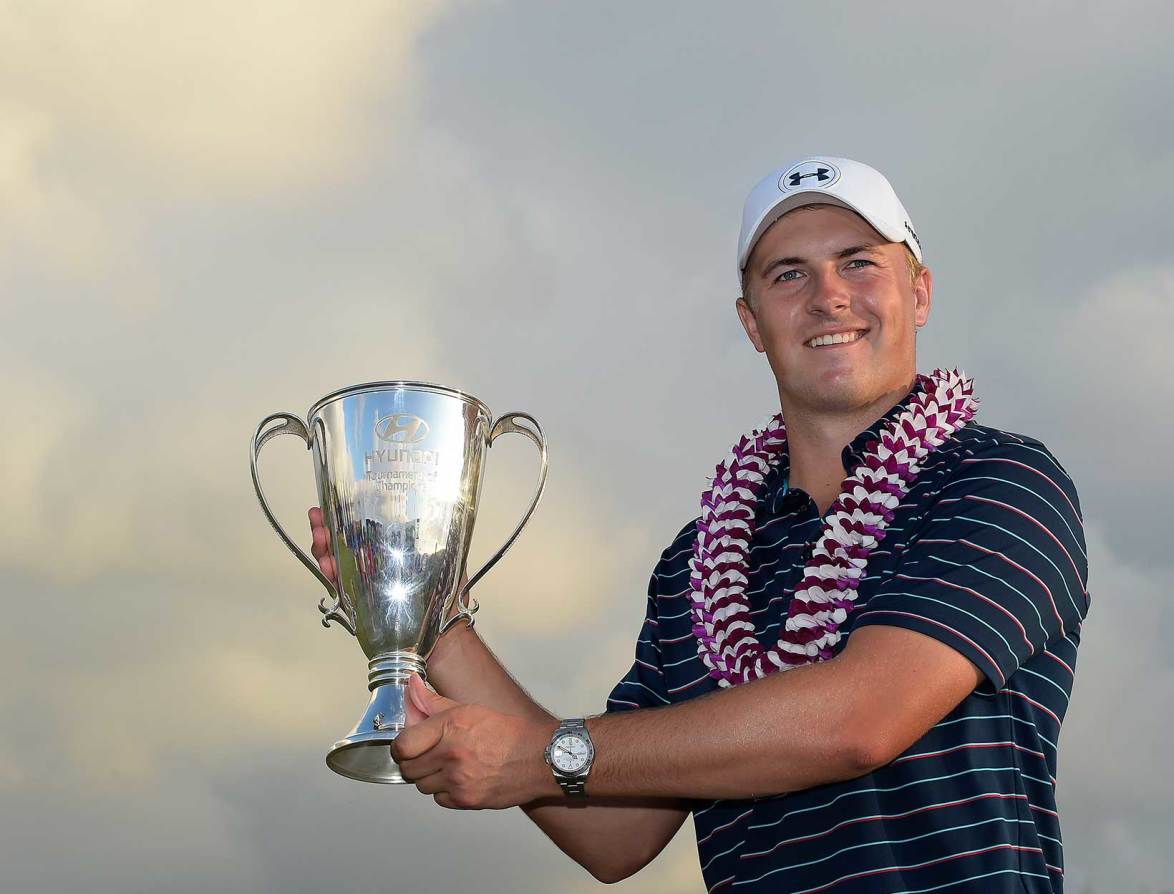 January 10, 2016. Jordan Spieth wins the Hyundai Tournament of Champions - Plantation Course at Kapalua, HI with -30, that was 8 better than second place Patrick Reed (-22). Jordan joins the ranks with Ernie Els as the only PGA Tour Pros to reach 30 under for a four day tournament. Congrats Jordan!

Jordan also joined Tiger Woods and Horton Smith as the only 3 PGA Tour Pros to obtain 7 victories by age 22.

I for one can't wait to see #1 World Ranking, Jordan play January 21, 2016 at Abu Dhabi HSBC Golf Championship and all of the rest of his tournaments, because if he is healthy, he will be viable for each tournament.

One can't help but compare Jordan Spieth to Tiger Woods. So much going right in such a young golf superstar is fun to watch and is energizing golf. Some of these new "young guns" will be able to not only take over from the existing guard, but will lead us into a new era of golf. There now are a dozen guys currently on tour that can run away with a tournament if they are playing their "A" Game.