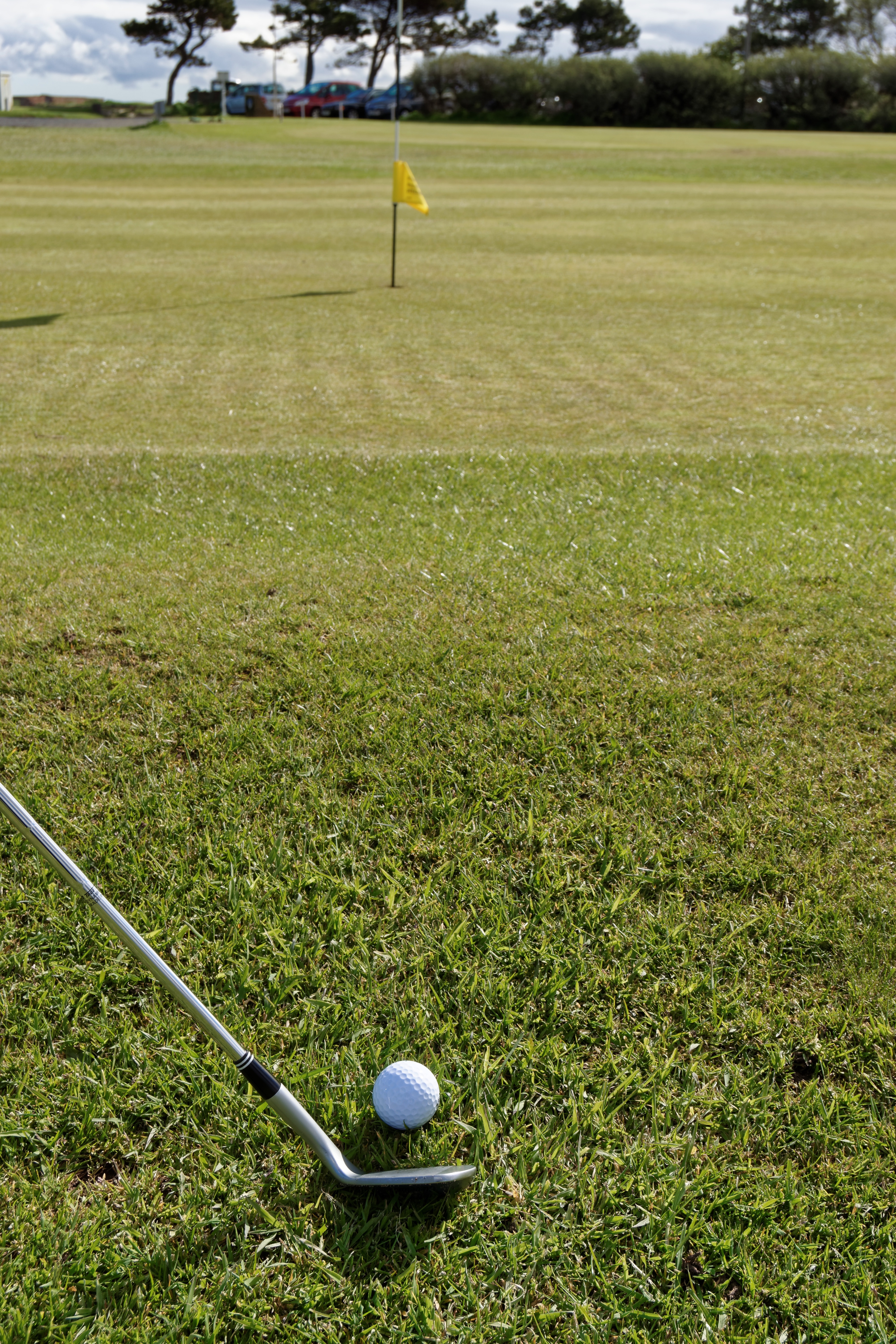 There are a few occasions when putting with a 7 iron is a great play.

When the ball is a foot or two into the rough a 7 iron works well to gently pop the ball above the grass line while still keep maximum control by keeping the ball rolling on the ground for as long as possible.

RWE (Real World Example) - This weekend my son and I were golfing and this case came up.  My son loves his wedges and always grabs his wedge for shots like this.  I asked him to bring his 7 iron and an extra ball up to the green.  I pointed out that his shot which had hit the green and gone over now had the water directly in front of the green to contend with if he happened to hit his wedge too hard or if he accidently bladed or thinned it.  So, he hit his wedge and it proceeded to just miss the pin and roll off the front of the green into the water hazard.  Next, I asked him to try a putting stroke with his 7 iron.  He rolled that one past as well, but he really didn’t use a putting stroke.  My suggestion was to grip down on the club, to the bottom edge of the grip. This forces you to bend over and bring your head over the ball.  Then stroke it like a putt that has a few more feet on it.  He tired this and after a couple of runs at it he was leaving the ball within 1-3 feet of the pin every time.

When the fringe is bumpy, putting through it can be like watching a ball in a pachinko machine.  Don’t risk it, use a 7 iron instead.  Again, grip down on your 7 iron to simulate the length of your putter.  Now using a putting stroke, hit the ball the same as a putt that you want to run about 18 inches past the pin.  The fringe really won’t take much off the shot because the 7 iron, being lofted will fly the ball over most of the fringe and roll the rest of the way.

With the condition of many courses being so well groomed now a day, it is a real option to putt from the fairway in front of greens.  But, if this would result in a very long putt or a severe uphill putt, using a 7 iron may be just the ticket.  For distance of 50 foot or more, look to a landing area about one third the way to your target.  Remember that the ball will be on the ground rolling for the last two thirds of the distance and the green contours will really come into play.

The main reason to use the 7 iron with a putting stroke in all of the above examples is to keep the ball on line, help with distance control and substantially lower the risk of a miss hit.  Try using your 7 iron while practicing around the green before your next round, it is a great tool to have and use when under pressure.