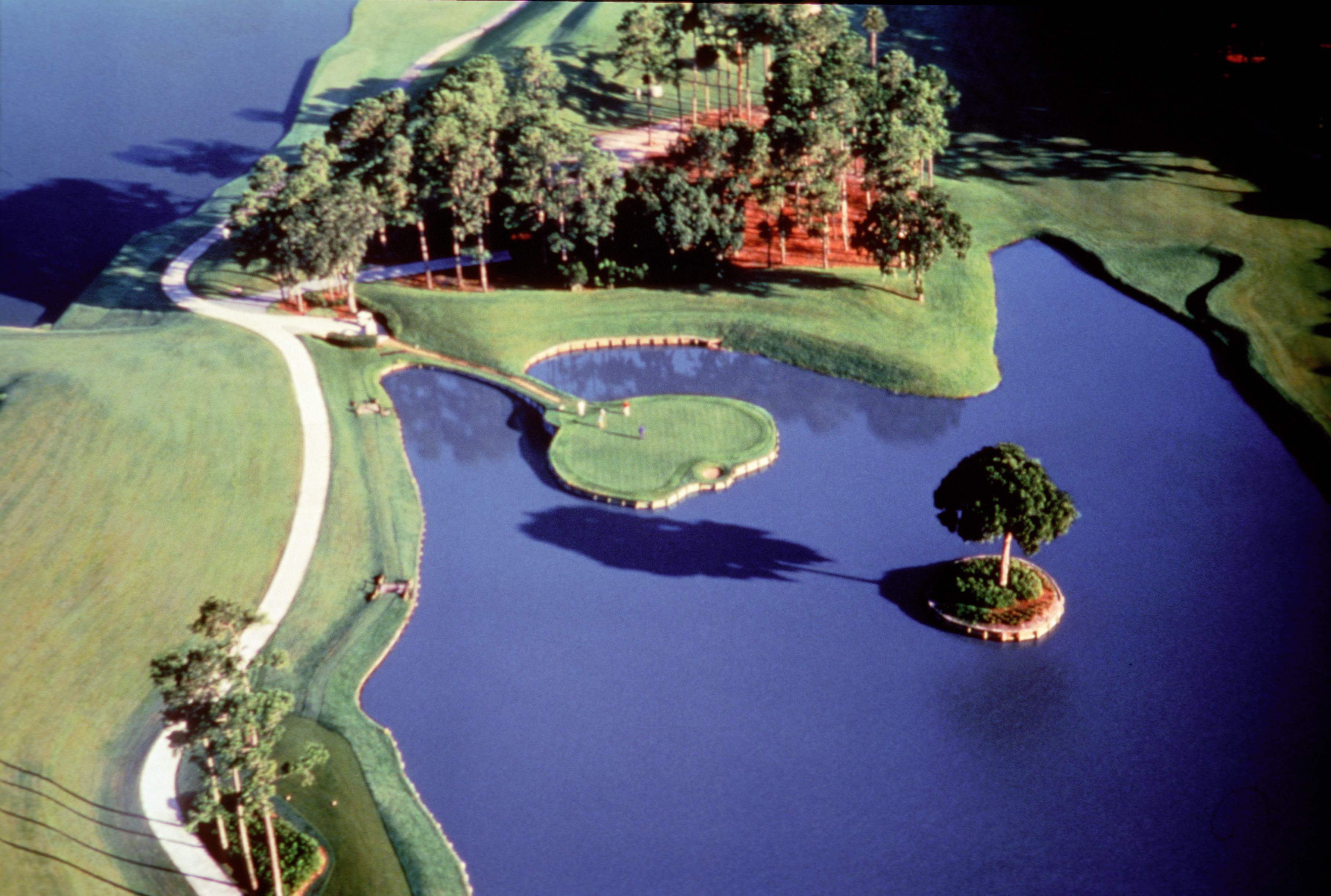 An average golfer, had a lifelong ambition to play the island green 17th at TPC Sawgrass from the tees the pros do.

It is a long way over water to a small landing green.  The ball must have some backspin or land really soft or it will roll over and off the green.

Like a lot of other golfers, he always chose to use a “water” ball, some ball that had seen better days, to attempt these shots.  After all, it is bad enough when one loses a ball, even worse when it is a new $5 ball.

Recently he played Sawgrass. When he came to the fateful hole, he teed up an old, cut ball as usual, and said a silent prayer.

However, before he could hit the ball, a powerful voice from above seemed to be booming out from the clouds, saying:

The golfer shrugged but did what the guiding force asked him to do.  Today, would be the day, he would par this hole.

As he stepped up to the ball again, the voice came down again:

He stepped back, this made sense, take a practice swing and then go for it, the force told him to.

The voice boomed out again:

Doing as he was told again, he did. He stepped back up to the ball and waited for the voice again.

Then the voice again:

"Use the water ball."