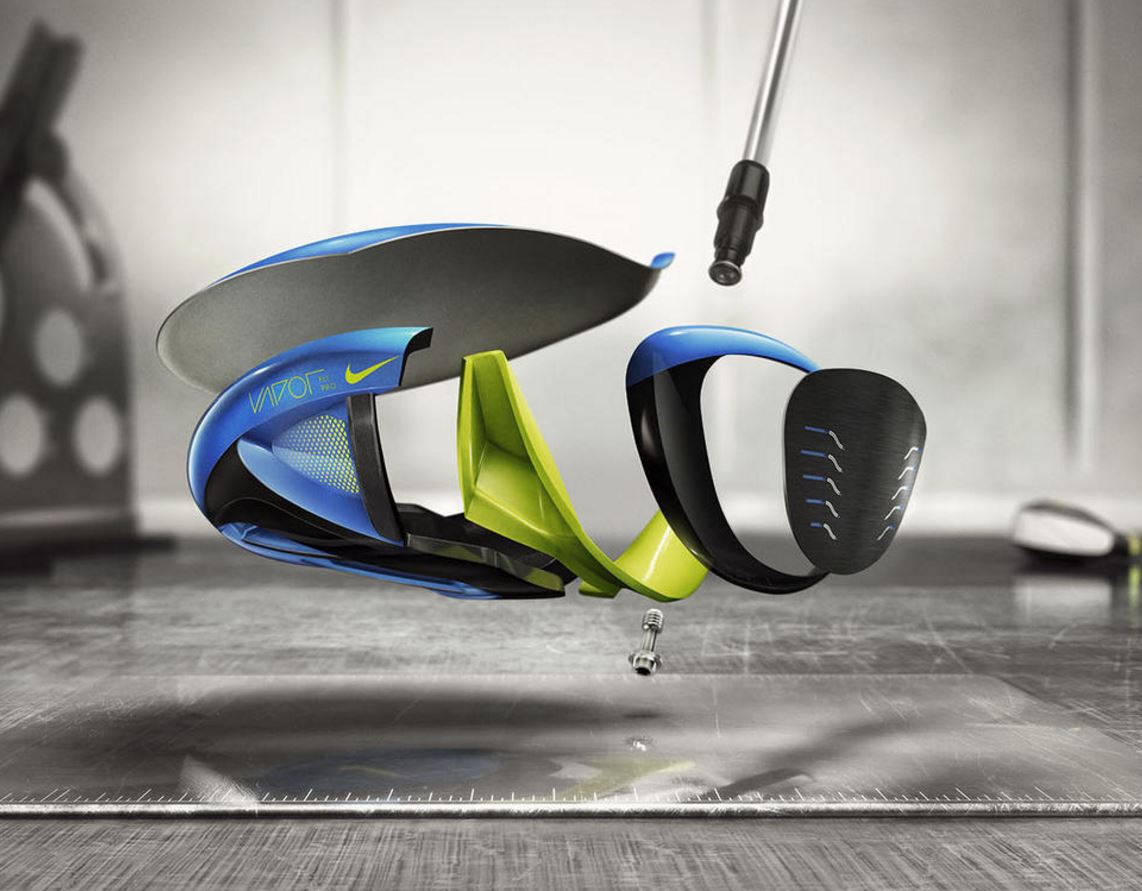 The Nike Vapor Fly series clubs look very modern and high tech.  The bright colors seen in the driver and iron lines are bold and young looking.  The neon yellow/blue combination with the grainy flat black base makes the clubs pop before you even make a swing.

This club obviously has more than great looks, as with most clubs designed today, there is a lot of behind the scenes engineering taking place before these clubs became a physical reality.  For Nike the place where all this magic happens is the research and design facility in Fort Worth, Texas, known as “The Oven.”

The club designers’ goals were to have clubs that provided a higher launch angle, but managed the spin, to create a ball flight that will ultimately fly farther.  Nike’s Rory McIlroy helped provide ideas and feedback to the designers for the Vapor Fly Pro driver.

“I think every golfer looks for forgiveness to make their bad shots better,” says McIlroy. “It’s phenomenal to know that when you have a very forgiving driver like this, even if you don’t quite catch [the ball] off the middle of the face or put a good swing on it, that it still has a chance to go the same distance and be in the fairway as if you hit a good shot.  To have that much confidence in a driver standing over a tee shot is great.” 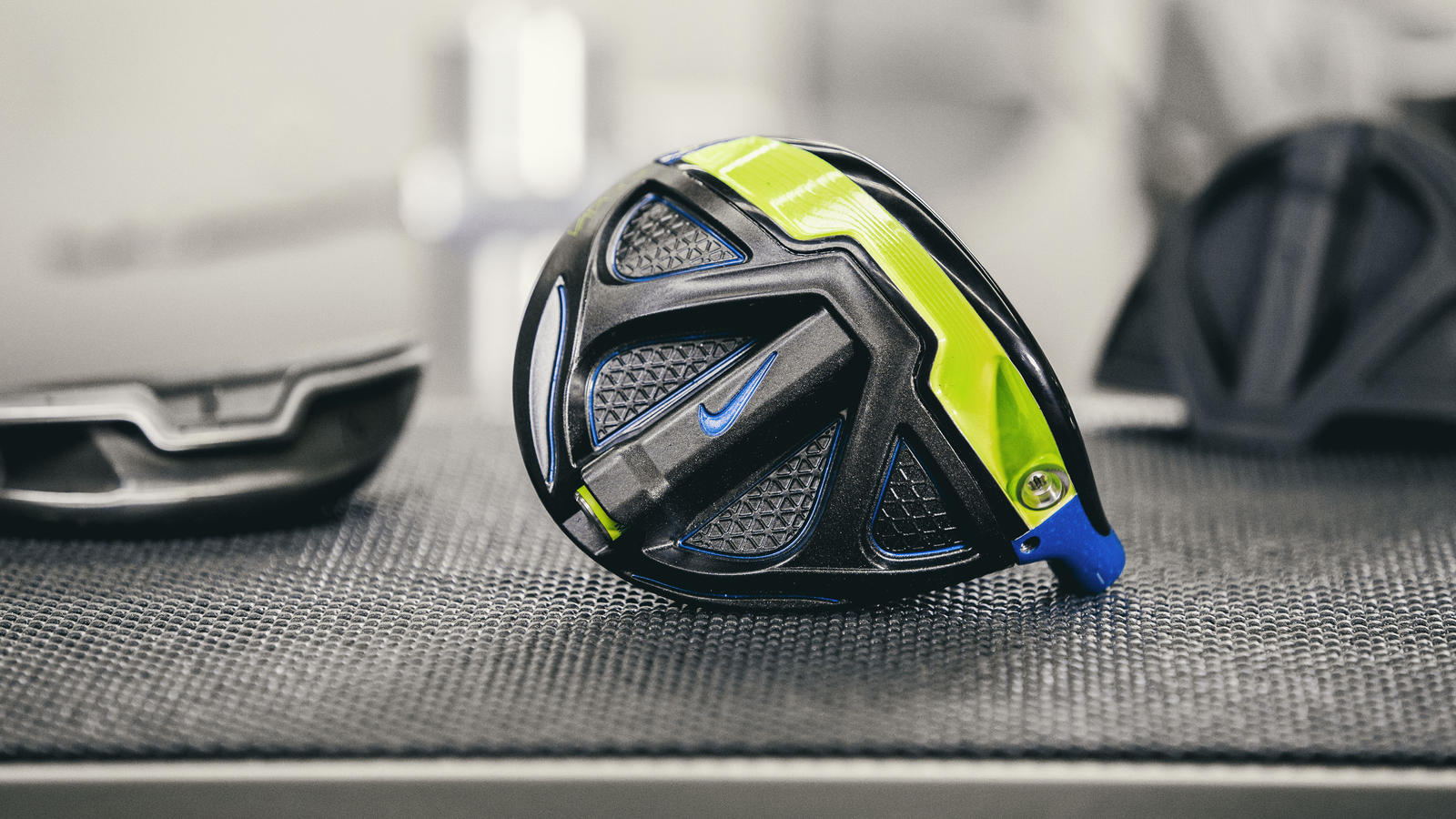 The new Vapor Flex 440 Driver is constructed of an extremely light, yet strong proprietary material called RZN.  Using this material it was possible to move even more club head weight forward and down to aid with forgiveness.

The FlexLoft 2.0 technology allows the golfer to adjust the club with over 15 different ( 5 lofts/ 3 face angles) combinations.  Add in the revolutionary FlexFlight technology (RZN tube is end weighted on one end) that the golfer has the option of flipping, and it doubles the adjustments available to 30, wow, that may take a little bit of range time to hone in a favorite. 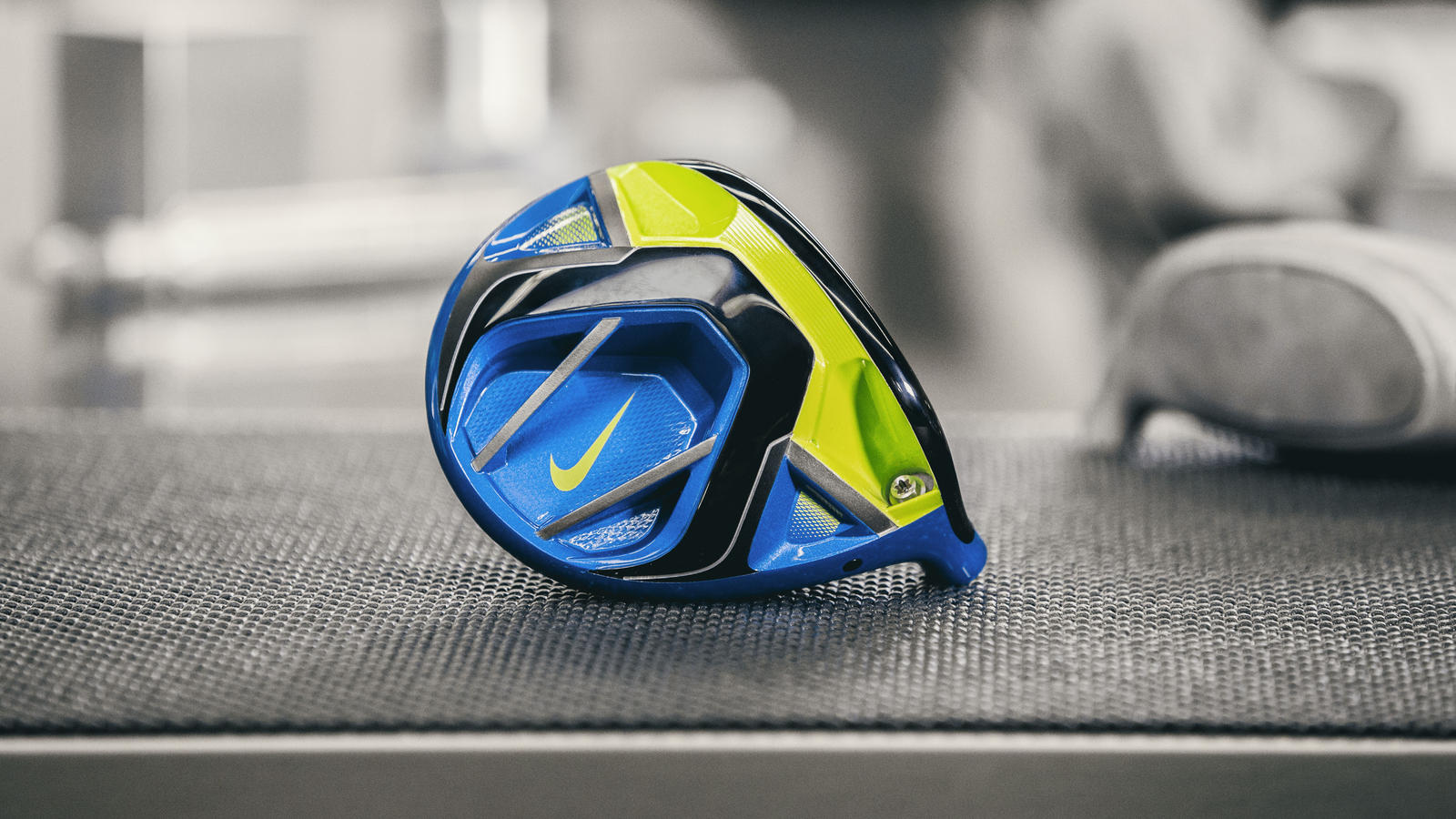 The center of gravity has been lowered in this club by reducing the crown weight by 30 percent versus last year’s model, allowing for higher launch with less spin and more forgiveness.

The Compression Channel has been re-engineered to effect mis-hits in a positive way.  Who wouldn’t like to have a ball stay in the fairway and go a long way with a subpar swing?  Sign me up! 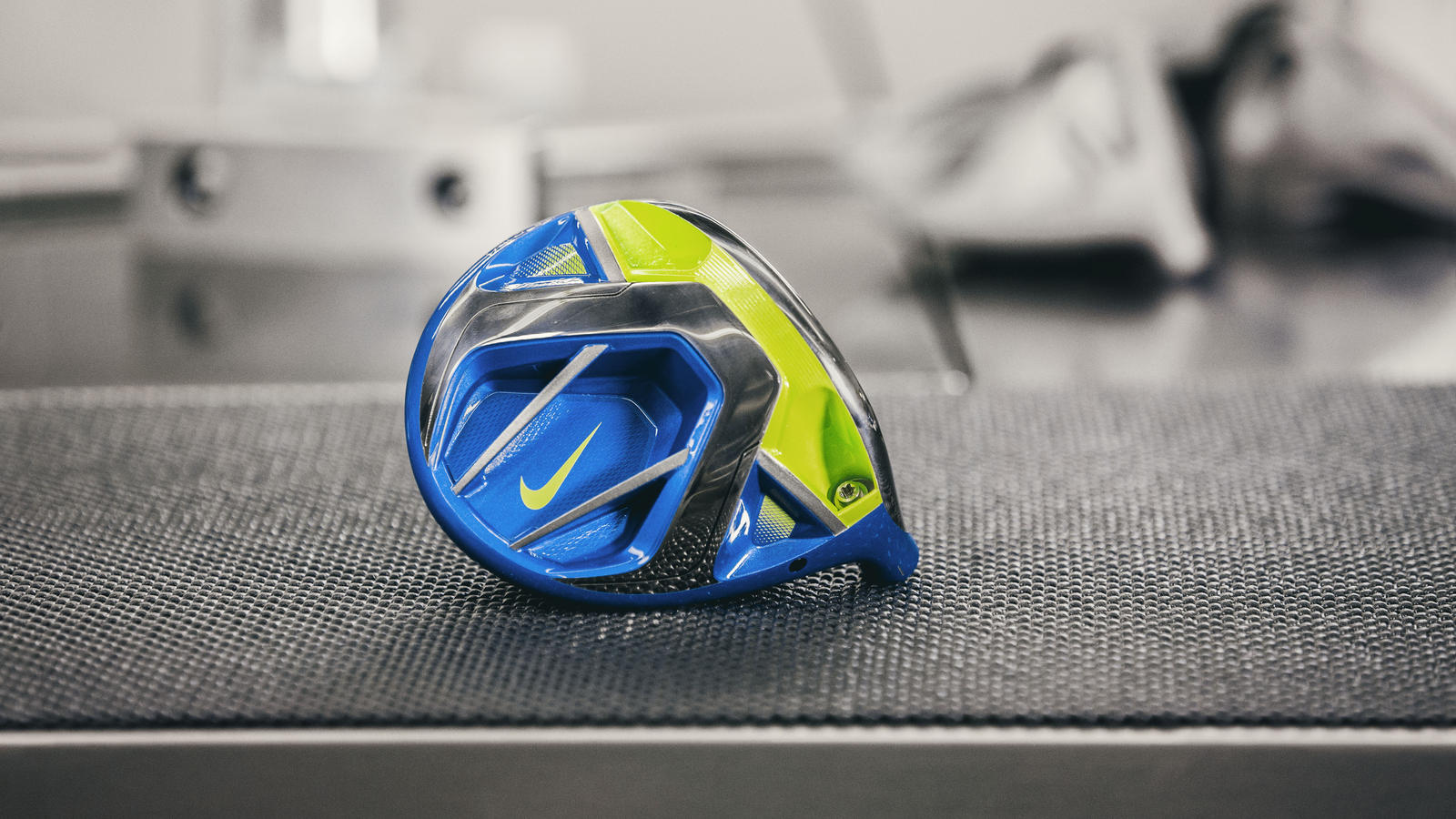 The bold almost neon blue crown with the Volt color in the Compression Channel distinguishes the Nike Vapor Fly Driver from the Nike Vapor Fly Pro models.  Similar to the Pro models, the people at The Oven have reduced the crown weighting which gives this model a higher MOI and lower center of gravity, creating less spin and more forgiveness from a high launched ball.

Adjustments, this club has them?  With 5 lofts and 3 face angles combining for a total of 15 different settings to help any golfer dial it in.

Try one out at your local retailer starting January 29, 2016. 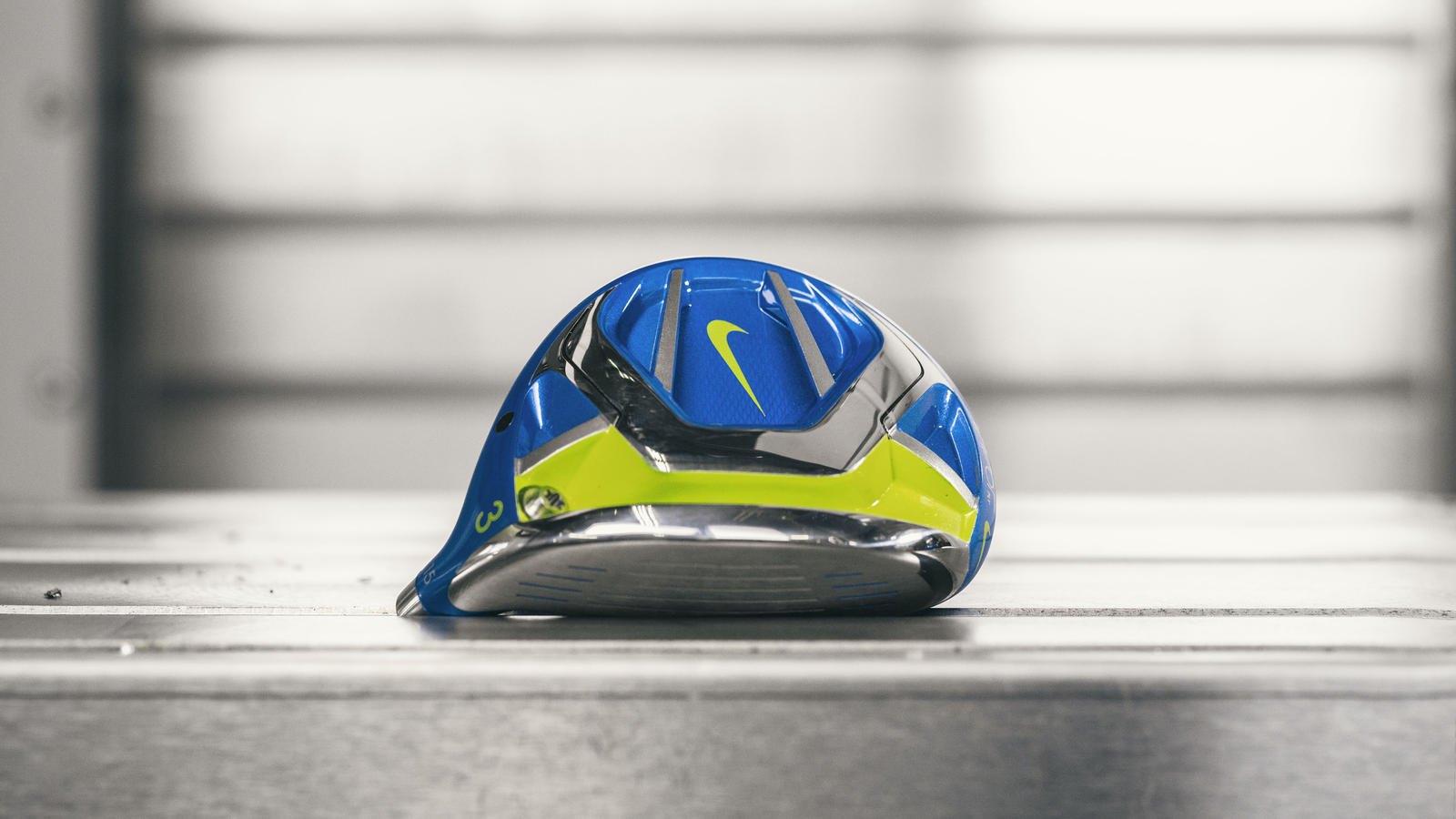 With many of the same features as the Vapor Fly Driver, the Vapor Fly Fairway Wood has upgraded technology including a 30 percent reduction in crown weight versus last year’s model.  This helps get balls up faster using a low center of gravity and a higher launch angle, all while still maintaining lower spin, providing more forgiveness on off center strikes.

There are 5 models to choose from each offering 6 individual settings using the FlexLoft Fairway hosel allowing for lofts from 12 degrees to 22 degrees.

The Nike Vapor Fairway Woods are available the same time as the woods; starting January 29th, 2016 at a store near you.

Nike golf engineers at The Oven created a completely club by working with Nike athletes such as Francesco Molinari.  They crafted a hybrid modeled after true tour styled clubs, making it a shot making club.

The Nike Vapor Fly Hybrid also has a reduced crown weight, 30% versus last year’s model, which results in better results for mishits and a higher launch angle with a lower center of gravity.

The FlyBeam Reinforced Covert Cavity Back stiffens the chassis allowing for a solid but forgiving striking machine. 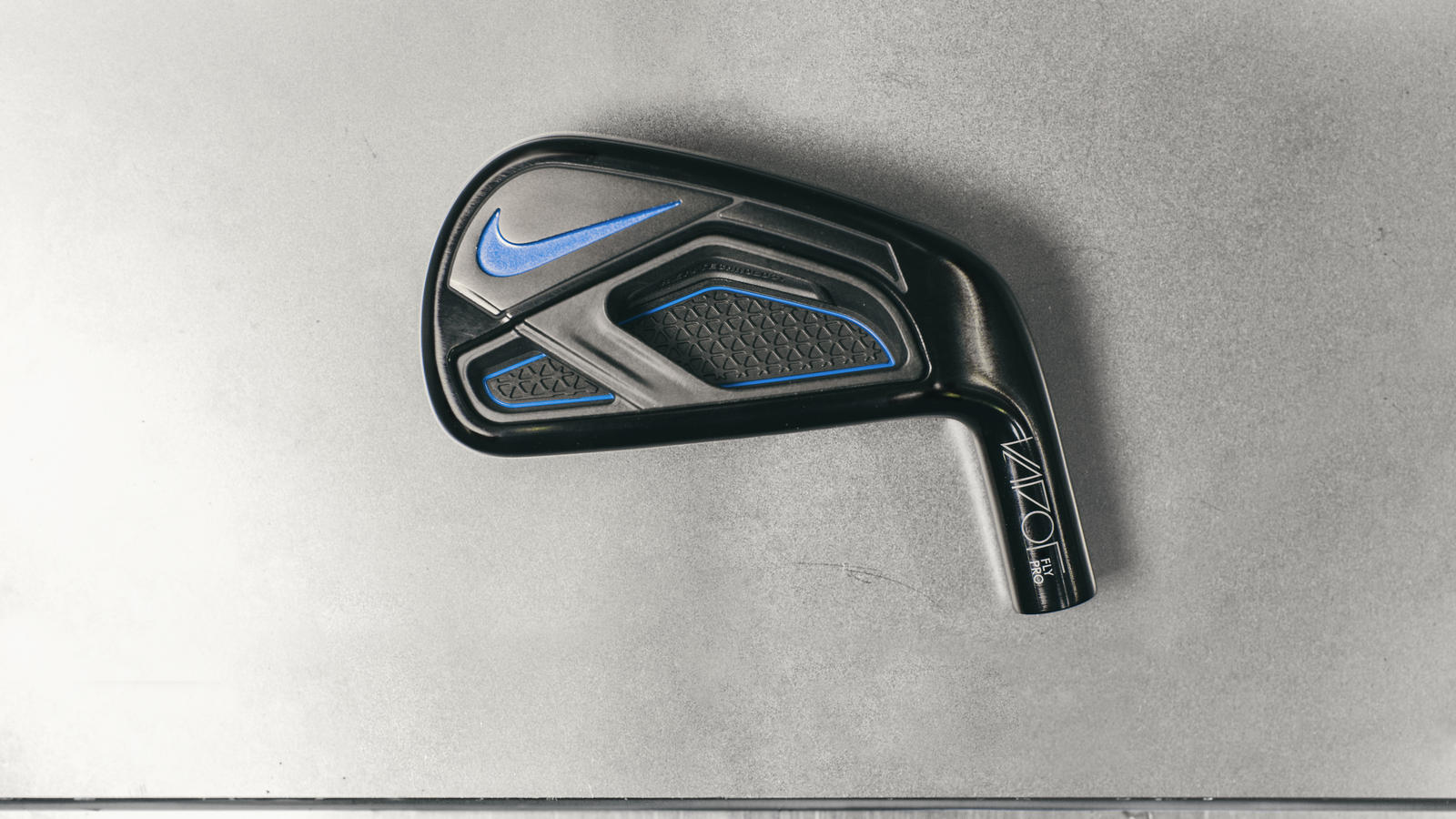 The club has been designed to provide more forgiveness than a traditional game-improvement iron, while still providing improved work-ability with a higher launch angle allowing the ball to go farther. 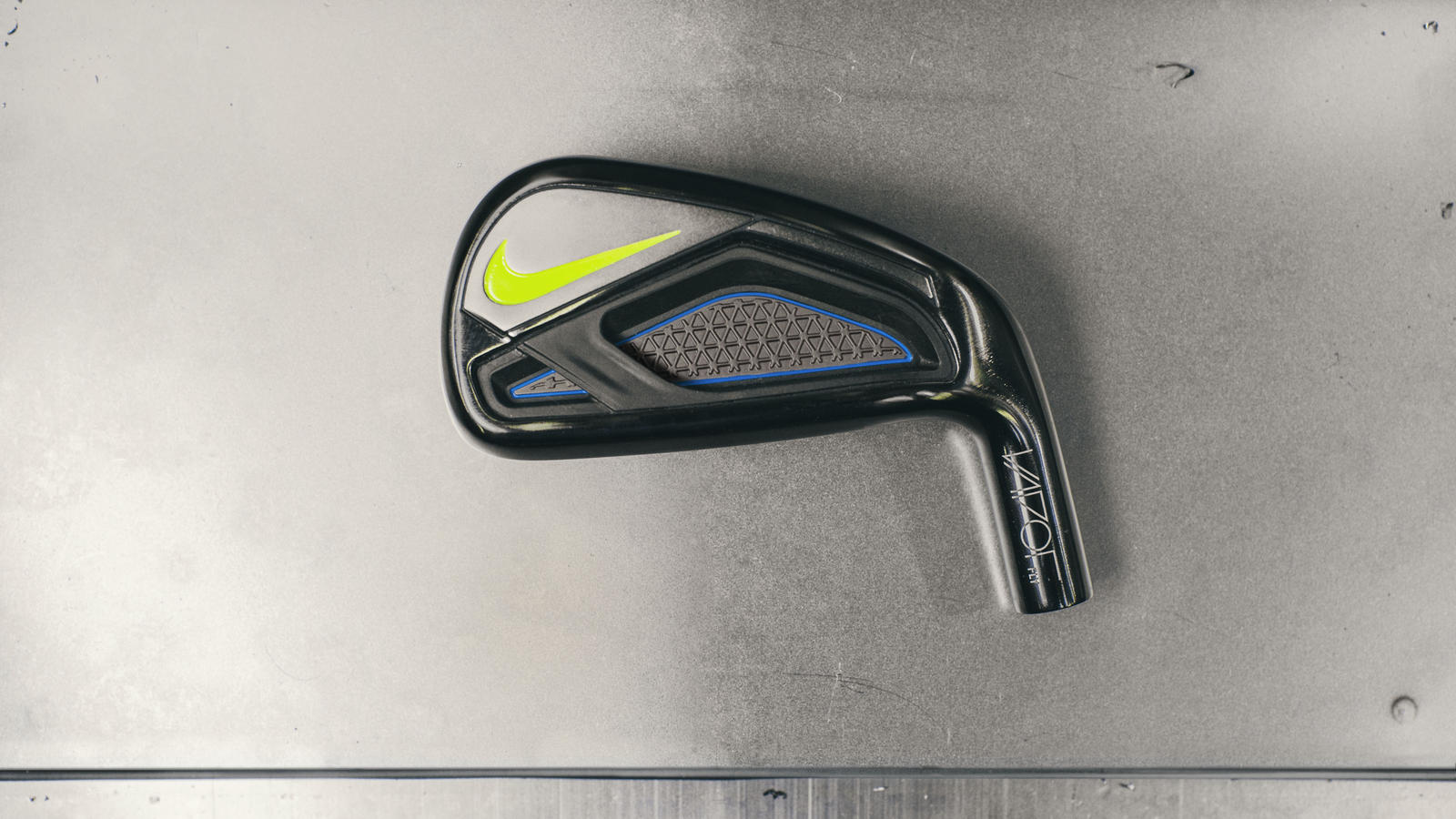 The muscle backed club has been optimized to transfer energy, stability and feel for reliable shot making experience.  The Vapor Fly irons have three distinct club construction philosophies in play.  Long irons (4, 5, 6, 7) are similar to metal woods of this year by using the FlyBeam reinforced back for superior forgiveness and distance. The pocket mid irons (8, 9, P) are created with Nike’s proprietary RZN material to move weight around the club to increase stability and forgiveness of off center hits.  Short irons (A, S) are cavity backed heads filled with the RZN material to enhance shot making options.

All pictures and technical specifications are Nike Golf's copyrighted and trademarked materials, used here to spread the word about their new clubs.  GolfAdvicePro.com is not endorsing or being  compensated directly from Nike at the time of this post.

Their full article can be found at http://news.nike.com/news/vapor-fly-clubs